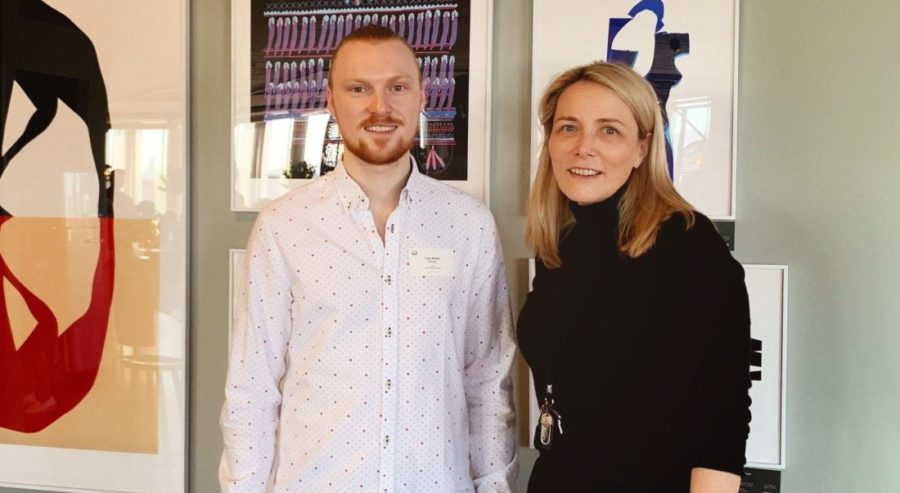 The in Stockholm, Sweden based firm, The Absolut Company, operates since 2008 as a subsidiary of Pernod Ricard and has the worldwide responsibility for the production, innovation and strategic marketing of the alcoholic beverages Absolut Vodka, Malibu, Kahlúa and Our/Vodka.

In an interview with Tom L. Weller (Management Student at the Kühne Logistics University), Anna Malmhake, chairwoman and CEO of The Absolut Company, talks about challenging tasks of people in leading positions and the enrichment of diversity in management, in a global creative company.

Interview comments have been paraphrased for brevity.

Q: How would you define good leadership?

A: Leadership is the ability to get people. It’s about increasing the potential of everyone in the group, together. A group of people can do more than they could without a good leader.

Q: What are the key competencies of leadership?

Q: You’re considering yourself as an AFK (away from keyboard) CEO. How does this benefit your work?

A: When you do move around, you talk and spend some time just seeing what employees are doing, then you learn a lot, and it can be very practical sometimes. You know, for example, what’s going on in the production line, or you know the relationship between us and the supplier. If you’re never there, you never understand what’s actually going on.

Q: You are assisted by a leadership team, consisting out of 10 people, equally balanced in gender. What else can you tell me about them?

A: It’s a really good balanced team, but there’s nothing about quota. Everybody is a team player but also a very strong player in their field. It’s just what happens when everyone has been promoted, who has been the best. Furthermore, the team consists of people with quite different backgrounds. It would be dangerous if one had only worked in Scandinavia or someone that has only worked in Africa. It’s a diverse group where most of them have very different geographical experience from e.g. the U.S., Brazil or South Africa. There’s a lot of various management styles, people have different ways of working, and the idea of diversity in leadership styles is something everyone should pay attention to. If you have a team of people with only one archetype, you have trouble. But if you can get a team with very different personalities, you go quite far.

Q: What is your current leadership mission?

A: It’s back to the basic of, figure out how I can make each and everyone – such a big company – better and better, both, as individuals and as a group. Given that we have the passion for progression, that’s our motto and not just a nice sentence, we really want to live by that. We have projects that we consider super important, like sustainability, like the packaging. Although we are not perfect yet, we’re already 98% better than the average distillery, we really want to be at the forefront and push the industry.

Q: How do you motivate your employees to do the extraordinary?

A: Most people want to do the extraordinary. Of course, there are exceptions, but most people want to do the extraordinary. Very often it’s that they feel they can’t, either because they are not allowed, due to an instruction manual or they hesitate to give a suggestion on how to improve something. So the best way usually is to keep telling people “it’s actually okay” and if one out of ten proposals is not doable, that’s okay too.

Q: When was the last time someone turned up with a great idea and what did you do?

A: Recently we had limited space in the bottling lines, and we wanted to do something new. So I spoke to the guys who are operating the actual line and asked them what they could potentially do to fit more labels on. Instead of thinking about replacing the machine, they thought about just modifying certain pieces of it and in the end, simply replaced a part of the machine, and now it’s working beautifully.

Q: How do you handle feedback?

A: First of all, you have to say the truth, and people have got to practice giving feedback. Very often you don’t give feedback because you think you’re kind, but you’re not kind. It’s like you were a coach for athletes and you see they were doing something wrong. That’s not nice and that’s not caring about the person. I’d rather want that someone would’ve told me when I did something wrong, and not try to be nice. When giving feedback you don’t have to be sure that it’s the absolute truth. If they go and prove me wrong, that’s great. But if I never give my perspective, I don’t even give them a chance to prove me wrong.

Q: What has been a recent conflict and how did you solve it?

A: I was having a discussion with someone about a new part of the organization and how much staff where needed, and it got solved by me listening enough to realize that I have misunderstood something. Most conflicts I see are misunderstandings and often there is a lack of information. People have not completely understood the angle of the other person. Nine out of ten conflicts you can resolve by listening carefully. Coming back to leadership, the biggest mistake people do when they are promoted to leadership roles, is that they assume that they are supposed to do the same of what they did before, now only more of it. But that’s not the case, it’s now a different job.

Q: What kind of task are you currently facing?

A: There’s the new part of the organization which I mentioned earlier. In general, new business models are always a challenge because it doesn’t only affect the people who work on that project, it affects everything. So, every time we start a new business model, it’s not just that in itself, it is to make sure the entire backup system changes.

Q: According to the latest financial publications from Pernod Ricard the performances declined in France and Spain. How do you want to approach this challenge?

A: There are always ups and downs, especially when operating in 120 markets. Sometimes the reasons are very mechanical, so you know what it is, and you wait it out. It can be a logistical system or a big customer, where there’s a discussion on price and they don’t stock you for a bit. You need to be able to separate what’s temporary from what’s actually an underlying business issue.

So that again on a global level is a huge challenge because, if you think the same things suit every situation, then you’re wrong. You have to have a portfolio of tools. You have to be able to cater to people who really know your brand and you have to cater to people who have never seen the brand. So it is an interesting challenge, where you as a leader need to be able to put yourself into a lot of different people’s shoes.

Q: In your opinion, is there a difference between male and female leadership?

A: Can I put it like what if you would put people in a group? Imagine having on the one hand male leaders and on the other hand female leaders. Do you see the overlap in the middle? The group of women are not exactly like the group of men, so there’s an overlap in the middle. If you talk about the average in those two groups, women tend to be slightly better at getting groups together, and women on average tend to be better at innovation because they allow people a bit more autonomy. At least there are some studies that claim that this is scientifically correct. Nevertheless, it’s not gender that decides, it’s of course personality.

Q: Last question, what’s your advice for young people who are getting into a leadership position?

A: What’s needed in business today is different types of leadership. I’d say, observe as many leaders as possible. You can observe people e.g. through media or interviews. In general, you can observe people in a lot of ways. And then work out what works for me, what could I do and how you feel authentic? Don’t try to behave like someone you don’t feel like you are. I’d say that’s the best advice I could give.

In this convivial and insightful interview, Anna Malmhake truly shared inspiring leadership lessons out of her life as CEO and leader of The Absolut Company.

Diversity in leading and management execution, combined with active listening, close to the people, and the ability of making decisions can affect everyone’s potential in the way of creating and achieving the extraordinary.

In addition to being close to every happening, with passion for progression, many leadership duties can be solved by a versatile team of different personalities, who’s able to approach tasks and challenges from numerous perspectives with a variety of tools, such as in a global spirits leading business as The Absolut Company. 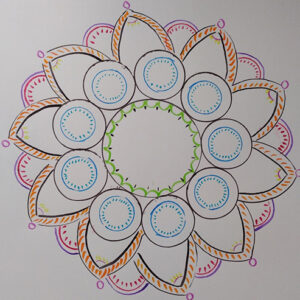 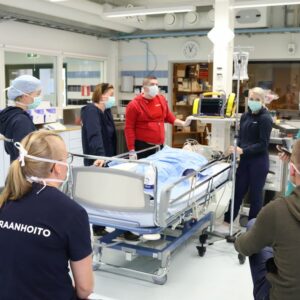 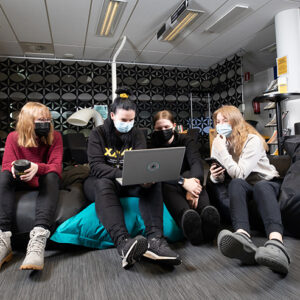 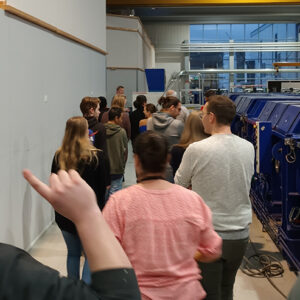 2.11.2022 Informal interaction between company and students

2.11.2022 Informal interaction between company and students 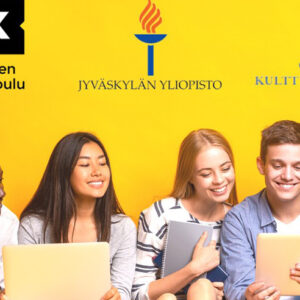 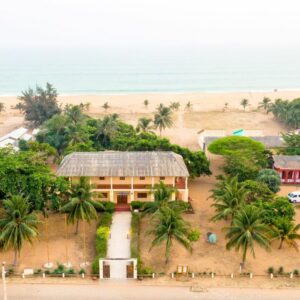 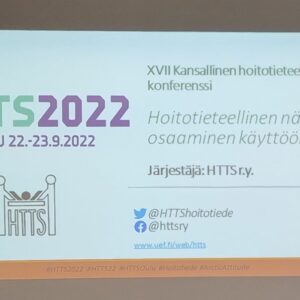