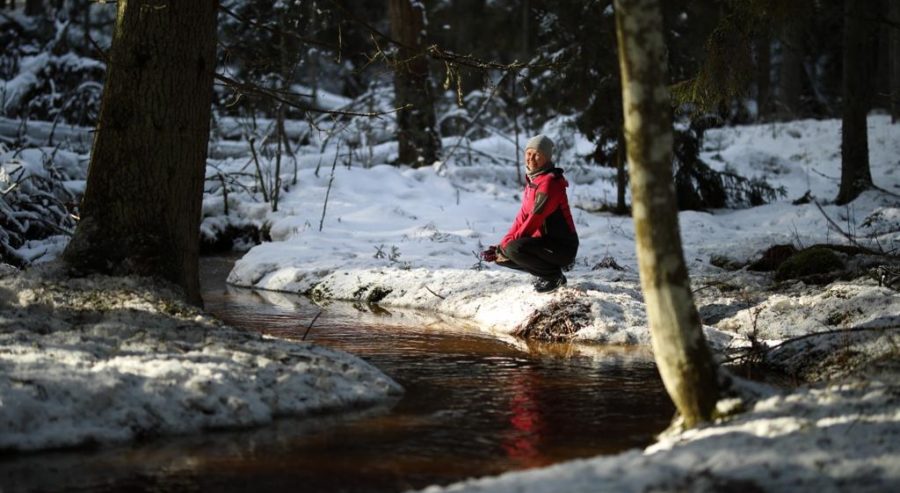 Finland is known for its social work and strong social system. Over the past 5 years Finland has been honored as the happiest country every year and, unlike every other European country, Finland’s numbers in homelessness are sinking. These are not coincidences but a result of the country’s strong social work that is based on state and independent research like it is happening in Juvenia – Youth Research and Development Centre that now has more than 30 researchers and developers employed.

Juvenia is also the place where we, two trainees from Germany and one trainee from Portugal, are currently doing an internship. Whilst we all focus on different majors back in our home universities, youth work has been a unifying factor for all of us in Finland. We have recognized that the differences in youth work to our, highly developed countries, is rather strong, specifically in the general support that is provided to young people within society. We interviewed Sofia Laine about her research, motivation and her opinion on the changes that need to be made within youth work, youth research and society for a better future.

At the time of this interview, 8th March 2022 Sofia Laine worked as a research manager at Juvenia. With a major in sociology (master’s degree) and development research (PhD degree) and with a “title of a docent” from youth research in Tampere University, she connects holistic approaches with practical youth work experiences – and studies qualitatively young people around the world. We asked about her way to becoming one of the leading youth researchers in Finland. She started her academic history by telling us, how she had started off as a trainee – like us doing the interview – in the research institution called Finnish Youth Research Network. She recalled that this experience as a trainee was one of her driving reasons for going into the field of youth research.

Youth research is a wide field but when asked how to define it Sofia breaks it down to this:

“Youth research tries to understand young people multi-dimensionally: their living world, living conditions, structures around them, including adults and other professionals and the world in which young people live. Finally, this knowledge needs to be systematically analyzed, revised with earlier knowledge – and published”.

Around 5.5 million people are currently living in Finland but the number of researchers in the youth studies is surprisingly high. This also results in a high information flow between youth work research in Finland and the Youth Partnership between Council of Europe and European Union. Other countries have less resources dedicated to youth research, but Sofia points out that even “with very little resources, you can still do very exciting things”. A youth centre in Tunis, Tunisia she visited during her fieldwork, did exactly this and is constantly working on increasing youth engagement in local surroundings but also strengthening the new democracy, she explains.

For us, trainees, seeing here in Finland the reality and the impact that can be actively created with the help of youth work within schools is overwhelming and impressive at the same time. Youth work has not been directly addressed in schools in Germany, nor Portugal. It is seen as part of the social work field, leaving out of sight special needs of this age group. Specifically, when recognizing that many schools in Germany have one social worker in total, thus resulting in a low impact in the school and a high risk of being overworked on the side of the social worker.

Social Media as voice for social participation (for the youth)

When being asked about the connection between political participation and youth work Sofia clarifies that Finnish youth work has a dimension of active citizenship which, from her perspective, is important support in empowering the youth to be socially active. Whenever youth workers meet young people there is a chance for “social participation in different kinds of activities (…) and support”. Being involved in Youth Councils or movements like Fridays for Future are only a few options to start with. Additionally, she points out “spaces of publishing” that are created now through the general access to social media. The chance to access online spaces, express one’s opinion on there and “be actively heard through social media, that’s also a way to support young people’s participation”.

The idea of social participation through social media opens many possibilities for us to engage on social and political levels, whilst giving us the chance to take aim at the prejudice that young people waste their time being on the internet and scrolling through various apps. Participation puts power into our voice to express ourselves and be heard in spaces we can create and adjust individually. When thinking of our own social media experiences, we do recognize that we mostly engage within our private networks, like peer groups, but also with bigger accounts and content creators. This triggers the algorithm to provide those accounts with a wider audience. So, whilst we feel like many of our small actions seem miniscule, power lies in the abundance of them all.

Finland has always had close connections with Russia in research and other fields, which are now breaking down due to the development of the war with the Ukraine. Sofia worries about the state of current research that cannot be continued and the general brain drain, the active emigration of Russian people with a high level of education out from Russia, what we have seen after the war started. Europe has a long history of wars and violent conflicts and the process of dealing with memories like these can be hard but Sofia underlines how important it is “to try to collect the memories and experiences of difficult political times in many different ways from many different people and in different channels” and that this can be an important way of finding some peace with the past, to start dialogues and intercourses again.

This made us, especially the German trainees, think of how Germany’s past is handled in a national but also international context. Memories and stories are kept alive and only through this education can be widely spread to prevent genocides like the holocaust from repeating. Words like “Erinnerungskultur”, culture of remembrance, portrait how societies keep memories of past conflicts, historical events and even develop collective memory. This can also be linked to social media in a way that social media and the internet provide a platform for storytelling and educating oneself. By remembering certain dates and learning about historical events memories are sharpened and channels of discussion are created.

Sofia Laine points out that this kind of action can be adapted also as one way of conducting action-based research and even what is called “research activism” that connects social movement activism and solidarity movements, whilst forming a bridge to research and bringing in an academic perspective. In this way politics can be pushed to become more fearless and fairer, like the German-Austrian-Swiss group “scientists for future” who are supporting the Fridays for Future activism in their roles as scientists. Young people have been left out of the conversation and their perspectives left out of sight which now shows, as “adults are not taking the responsibility of this world situation we have”, referring to war, the climate catastrophe and the lack of action from world leaders. We can see the “trend among young people who do not have jobs and do not find their place in their own society” that makes them prone to propaganda and empty promises, this is only one of many consequences that are created by excluding the youth, Sofia states.

In these times, things are constantly evolving and keeping up to date with the current developing is challenge research must overcome. As a researcher working with youth, one must stay on top of developments and be included in changes which means steady adaption. Sofia says it keeps youth researchers young. Children and youth are in a constate state of change and transition from childhood to adulthood – their identity is growing and developing and that’s a crucial time to try and do something differently. They are actively switching their way of living and creating new lifestyles for themselves over and over again so there is a “need to listen to the youth very carefully (because) learning from and listening to the youth is also a way to stay on time”.

Finding global solutions which include the Global South and the youth

The world is currently fighting many different crises and the main goal here must be “finding collective solutions and not escalating one crisis whilst diminishing the other”. Sofia names this as one of her main reasons to pay attention to activist movements. In addition to war, the pandemic and climate change, the world is also fighting the democratic crisis, a crisis in which we have to fight enemies of democracy whilst building up the system and making it stronger than before.

Climate change and the democratic crisis are rather constant and have been at the back of our minds for several years, if not even decades. The pandemic on the other hand developed within few weeks and affected our everyday lives tremendously. As young people, who are still receiving their education but are slowly starting out in the job world we were presented with so many more options, less access to in-person-networks and limitations to movement. We have many decisions for our future life and the society we want to live in but are presented with new realities most people could not imagine before March 2020. With that in mind we asked Sofia what she would recommend us to do and focus on in order to support youth work and youth participation not only in Finland but also in our own countries. She reacted in a way we were surprised by: she apologized to us that the current world situation is so challenging but advised us to “keep the optimism and believing that there will always be a need for internationally networked youth or social workers who build or support options to active citizenship for all”. Especially the importance of a global perspective stood out of her advice, and she mentioned that “we should listen the people coming from the global south much more carefully as it is highly crucial to have global dialogues at this era where we need to collectively find planetary solutions. Especially we should connect with people with weaker conditions than we do.”

No system is ever flawless and constructive criticism can only help to improve systems. When asked about what she would change in the field of youth research, if she had the chance, Sofia answers that she would increase the strength of global learning and listening, as well as the distribution of resources and collaboration between individual actors globally. The ‘mission’ Finland is carrying out in the youth field (research, policy and practice), has had a strengthening effect on a European level, which should continue globally as well. This can only be achieved through doing research projects together and collaborating. The inclusion of the Global South and the visibility of their multiple voices has to be ensured in a way that also creates and increases our ecological and sustainable understanding. 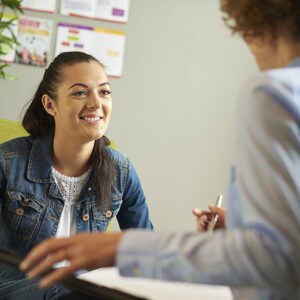 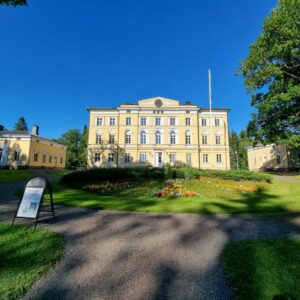 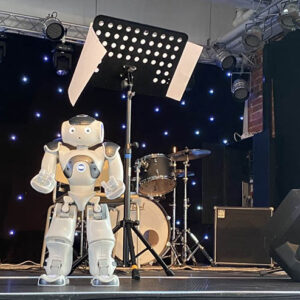 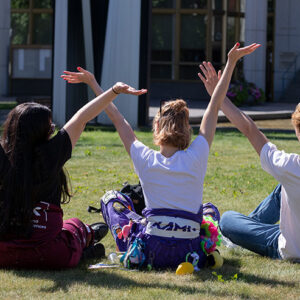 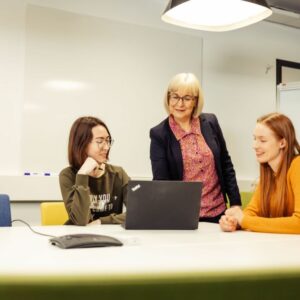 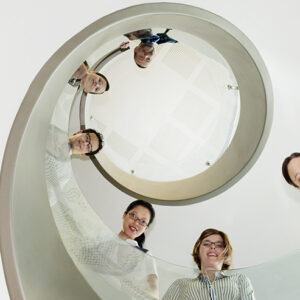 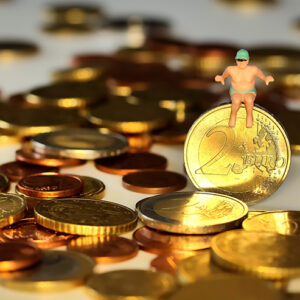 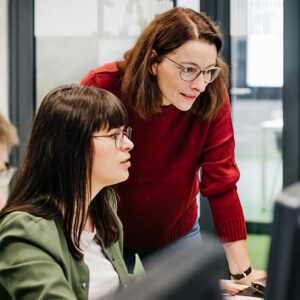